BOUCHERVILLE, QC, June 10, 2020 /CNW Telbec/ - Lowe's Canada, one of Canada's leading home improvement retailers operating or servicing more than 470 corporate and affiliated stores under different banners, and Highfield Investment Group, a Calgary-based investment company that operates and manages assets in residential and commercial real estate developments and construction, are pleased to announce that they have entered into a definitive agreement for the construction of a new Lowe's Canada distribution centre in the High Plains Industrial Park, within Rocky View County northeast of Calgary. This project is part of Lowe's Canada's plans to optimize its Canadian distribution network to better meet the needs and expectations of its in-store and online customers. The new 1,230,000-square-foot facility is expected to open in the fall of 2021 and will represent a joint investment of more than $120 million. 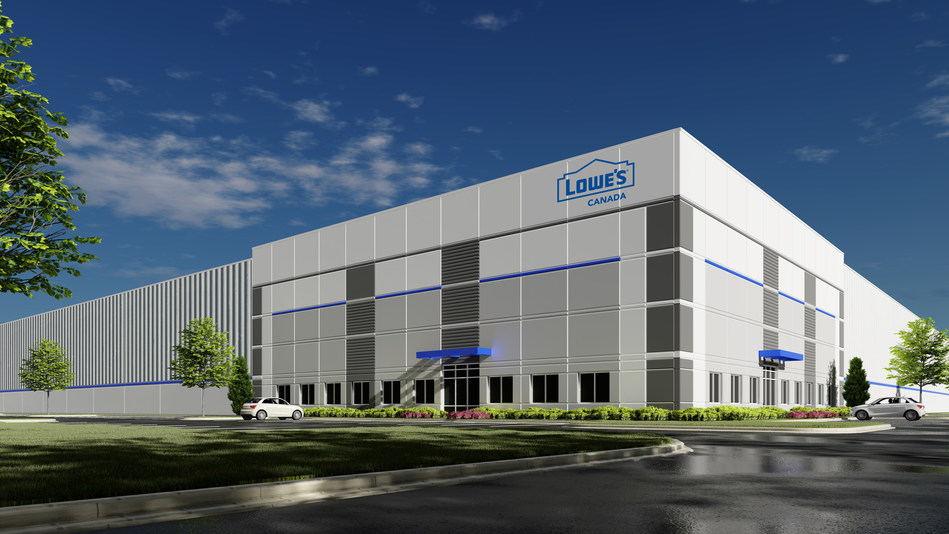 Lowe’s Canada will operate a new distribution centre in the Greater Calgary Area. The new 1,230,000-square-foot facility is expected to open in the fall of 2021 and will represent a joint investment of more than $120 million. (CNW Group/Lowe's Canada)

"This new distribution centre will allow us to substantially enhance our distribution network capacity and serve our Lowe's and RONA corporate stores and customers, as well as our RONA affiliated dealers, more efficiently throughout Western Canada," said Gregor Stuart, Senior Vice-President, Supply Chain at Lowe's Canada. "We are thrilled with this new venture. With the recent acquisition of our Boucherville distribution centre in Quebec, it is yet further evidence of Lowe's Canada's commitment to always better serving our Canadian customers."

Alberta Premier Jason Kenney commented that "This is great news for Alberta. The construction of the new Lowe's Canada distribution centre will create jobs for Albertans when they are needed most. Once complete, this new facility will employ Albertans for years to come, and demonstrates a vote of confidence in our province's future."

Advisors and partners to the parties to the transaction include Jones Lang LaSalle Brokerage for Lowe's Canada, and CBRE, Hillwood, and Highwood for Highfield Investment Group.

About Lowe's Canada
Lowe's Companies, Inc. (NYSE: LOW) is a FORTUNE® 50 home improvement company serving approximately 18 million customers a week in the United States and Canada. With fiscal year 2019 sales of $72.1 billion, Lowe's and its related businesses operate or service more than 2,200 home improvement and hardware stores and employ approximately 300,000 associates. Based in Boucherville, Quebec, Lowe's Canadian business, together with its wholly owned subsidiary, RONA inc., operates or services more than 470 corporate and independent affiliate dealer stores in a number of complementary formats under different banners. These include Lowe's, RONA, Réno-Dépôt and Dick's Lumber. In Canada, the companies have more than 26,000 associates, in addition to approximately 5,000 employees in the stores of independent affiliate dealers operating under the RONA banner. For more information, visit lowescanada.ca.