A licensed hemp grower near Orangeville, Ont., says TD bank froze his accounts and accused him of illicit activity based on what he looks like and other false assumptions.

Akeem Gardner says he was never flagged at the bank when he was dressed in business attire, but that changed three weeks ago when he tried to transfer money to a vendor.

"This time, I went in my hoodie, a toque on, and I'm a 6'4" black man," Gardner told CBC News. "A lot of these assumptions are made when it comes to minorities."

Gardner says he had sent and received funds through his account on numerous occasions, but the $35,000 was the largest transfer he wished to make.

A TD spokesman did not answer specific question about Gardner's allegations of discrimination, but did concede there was a misunderstanding about the nature of his business.

Instead, it's used to make plant based textiles, foods, natural medicine and carbon neutral building materials.

Gardner opened his TD business account in November 2018. Since then, he says he never had problems transferring funds to pay for needed materials and supplies,.

But when the 29-year-old went in to his branch in Brampton earlier this month to transfer $35,000 to pay for an industrial hemp dryer, Gardner says he was told the manager would have to approve the transaction, partly due to the large amount of money involved.

Instead of approving his transfer, the bank froze his business account and his credit card.

"I was incorrectly flagged as someone who was doing illicit business," said Gardner. "They told me they were shutting down my account and they weren't going to let me operate anymore because I was running a business the bank didn't support."

That day Gardner says he was dressed casually after spending hours working in the hemp field. 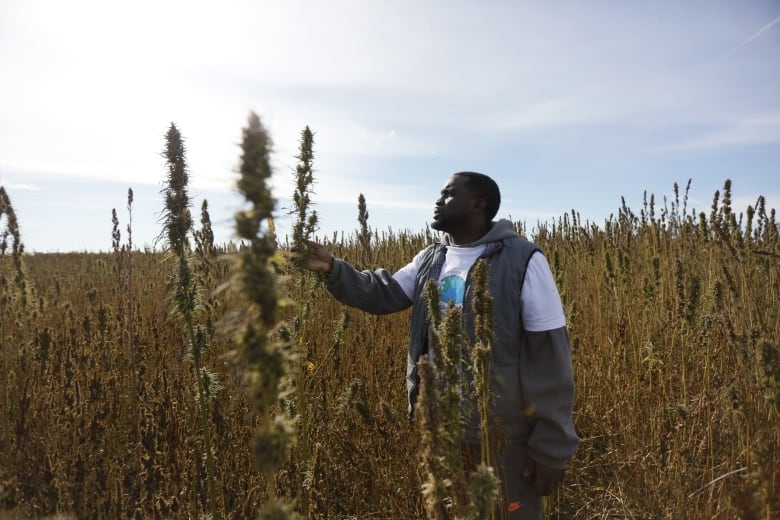 Akeem Gardner's start-up will harvest hundreds of acres of industrial hemp to be used for textiles, building materials and other products. (Richard Agecoutay/CBC News)

Gardner says bank staff told him one of its employees checked his company's website and assumed the entrepreneur was breaking the law.

"They had made some sort of assumption that we were running a dispensary, which we're not. We're running a farm," Gardner said.

"Instead of just coming to talk to me and saying, 'Hey, do you have a licence? We don't have it on file; we can't see it,' I could have shown It to them in person," he said. "They just went ahead and froze my account."

Gardner says he had previously provided the bank with his Health Canada production licence and Ontario business licence.

"Why would they open my account if this is a business the bank doesn't support?" he said.

Gardner says he opened his business account with TD bank because of its "Ready Commitment" initiative.

The program was launched to promote inclusivity and sustainability.

"That made me very excited," said Gardner. "So that's why we went there, thinking we would be able to work with them to reduce carbon emissions, to make the world a more sustainable place and a healthier planet."

In a statement to CBC News, TD Bank says the wire transaction was appropriately flagged for review.

"A misunderstanding of the customer's business also contributed to the experience. We are in touch with our customer to resolve this matter and regret the inconvenience," wrote TD spokesman Paolo Pasquini.

Pasquini also said the bank is committed to inclusivity.

Gardner says the frozen accounts meant pre-authorized payments to suppliers were declined on his credit card.

It also took days before his business funds could be transferred when he switched to another financial institution.